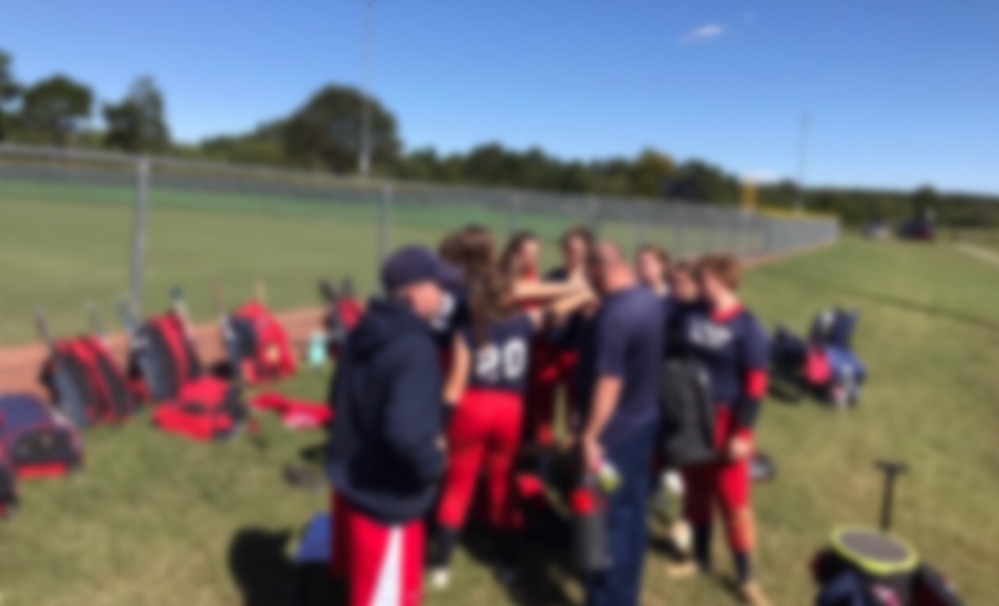 Sometimes it’s just not a level playing field. I’ve watched all 3 girls play softball against teams far more and far less talented than their own. Winning can feel great, but not when you know the girls on the losing team didn’t really have much of a chance. Hopefully that’s when good sportsmanship shows up. A good winning coach will tell his runner NOT to steal home even though she could. We don’t go for the win if it means hurting someone with their loss.

But winning! Wouldn’t it be great if that’s all we knew? I guess maybe there are golden people who win their way through life all the time without considering losing a possibility. I’m not so golden, and I’m not related to anyone who is. I’ve seen my softballers lose many times. It builds character. We’ve got enough character, thank you very much. I’d like to win now.

Lauren’s school softball team won pretty easily Monday. 20-0. Each of our girls scored at least once, and they didn’t steal home just because they could. Lauren played ball with some of these girls on last year’s school team. She has played with some on travel ball teams, and some on Little League. Some of the girls are new to Lauren, and some of the girls are new to softball. One new player just happened to stick her glove up in the air when a pop fly was hit her direction a week or so ago. She caught it, and her face shined the way Lauren’s used to before she got used to making a great play. I miss that shine.

Not that Lauren always makes that great play. As catcher, she has missed tagging a runner at the plate. She has dropped the ball and that little fumble gave a runner time to steal 2nd base. She’s been at bat and been the 3rd out at the end of game. But I remember that shine when just for that one play, my girl was golden.

We’ve played on losing teams. Defeat comes hard. I never was an athlete, so I can’t say I ever really lost a game. But it’s hard watching my daughters lose. We seem to be in a season of loss right now (aside from that school team win). Losing more than games. Losing friends, security, reputation, confidence, and self-esteem. I’d rather watch a losing softball game any day.

Like I said, sometimes a coach has to hold the runner at 3rd and not let them steal home just to go for the win. We’re not playing for millions of dollars. We’re playing for the girls. But there’s a right way to win, and it doesn’t have to crush the loser. Softball is a team sport, and when the team wins, each player owns that win. And I know we all want to go for the win.

There’s a right way to lose, too. Softball is a team sport, and when the team loses, each player owns that loss. Maybe it was this outfielder and that catcher and that base runner and that coach who blew the game. There is sweat equity in those character building losses. But we accomplished those losses together. No reason we can’t all go for the win together.

Together. As a team. Because they have all put the time in. They’ve been at practices. They’ve paid their money, and they’ve paid their dues (and those are 2 different things). They’ve sacrificed their Saturdays. Done exercises in their bedroom after surgery. Set up batting nets and a batting tee in the driveway. Thrown the ball to anyone who would catch it. Gone to the batting cages. Hired private pitching coaches. And still after all that dedication, what the girls want is to own the loss as a team just like they would own a win as a team.

I’ve seen amazing coaches through the years. Of course, I speak as a mother who sat under the big tree at NW for many seasons without really knowing what was going on. But I know when my girls were coached well because it really didn’t have a lot to do with softball. Thank you to the coaches who invested in my girls. I’ll always be grateful for everything you poured into them. It was about the team mentality and sportsmanship. Taking a knee. Cheering for your team. “You got this! Way to go! Keep your eye on the ball! Time to protect! Way to battle! You’re still in it!” High fives. Congratulating the other team after the game. “Good game. Good game. Good game. Good game.”

That’s the way you leave a game. Line up and walk past every opposing player and coach and tell each one “Good game.” Doesn’t matter if you win or lose. You never know when you might see them again. At the next tournament, at the Food Lion, at school. And when it’s time to leave, you leave with a good goodbye. And that’s how you go for the win.